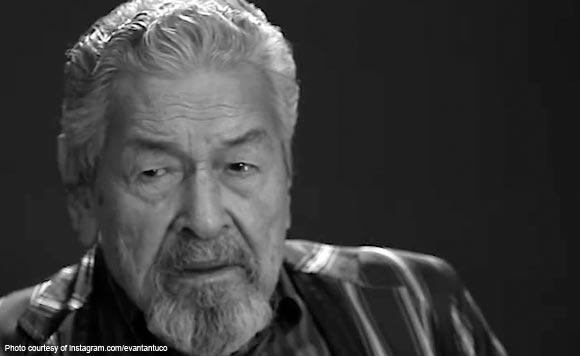 Philippine Army (PA) troopers stood vigil during the memorial service of the late Eddie Garcia, veteran and multi-awarded actor and former Philippine Scouts member, which was held at the Heritage Park, Taguig on Saturday.

“The PA condoles with the family of the late Eddie Garcia. We admire him not only as an actor but as a fellow comrade in arms,” Army spokesperson, Lt. Col. Ramon Zagala said in a statement.

“His desire for his ashes to be scattered on the Manila Bay speaks of his love of the noble profession of arms, despite his short-lived military career. He is an inspiration and an example that one does not have to be a soldier in order to serve the country,” he added.

Aside from troops standing at vigil, the PA also laid the national flag next to Garcia’s remains in recognition of his roots in the Armed Forces.

Garcia was only 19 when he volunteered to be part of the Philippine Scouts which was deployed to Okinawa, Japan during the World War II.

“His deployment ceremony was held in Luneta, that was why he wished his ashes to be scattered in Manila Bay,” shared Erwin S. Garcia, the last living son of the actor.

The actor was open about his past aspiration to be a soldier and actively supported various initiatives of the Armed Forces of the Philippines (AFP).

He was an avid shooter, participating in annual shooting competitions hosted by the AFP.

Garcia suffered a neck cervical fracture while shooting a TV series for GMA Network on June 8 and had been in critical condition since then. (PNA)