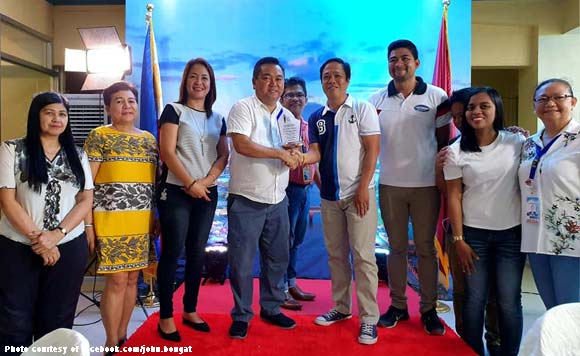 Mayor Bongat expressed his gratitude to the Naga City Hall Press Corps for the award given to him and for their support to his administration.

“THANKS Naga City Hall Press Corps, headed by Mr Rios Maron, for this Newsmaker Award given to me for my “ever reliable presence and response to all [their] calls” whenever needed for the entire duration of my tenure as Mayor of Naga,” Bongat said.

The press corps hailed the outgoing mayor for his “unfailing dedication as a city official in holding his office accountable and transparent to the public through the media.”

Mayor Bongat will step down as Naga City’s local chief executive after serving three terms for a total of 9 years in office.

He will be replaced by Vice Mayor and now Mayor-elect Nelson Legacion.