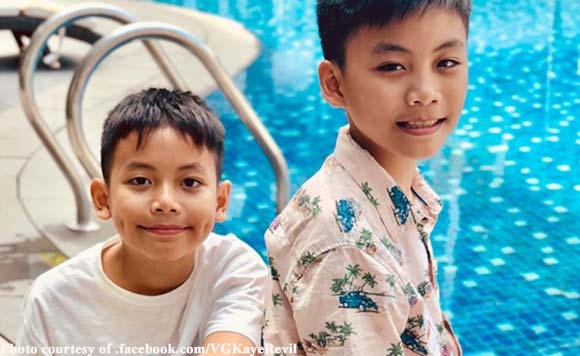 0 374
Share
Want more POLITIKO News? Get the latest newsfeed here. We publish dozens and dozens of politics-only news stories every hour. Click here to get to know more about your politiko - from trivial to crucial. it's our commitment to tell their stories. We follow your favorite POLITIKO like they are rockstars. If you are the politiko, always remember, your side is always our story. Read more. Find out more. Get the latest news here before it spreads on social media. Follow and bookmark this link. https://goo.gl/SvY8Kr

Masbate Vice Governor Kaye Revil has penned a heartwarming message to her two boys, promising that she’ll support them no matter what.

“I had these two while I was in law school. My classmates then said that my babies would probably want to be lawyers someday,” Revil said.

“You see, right now, one wants to be a doctor, the other a pilot. Been consistent at it already when asked, like for almost 2-3 years already,” she added.

Revil said that although college seems so far away right now, she will support their dreams all the way.

“Well, still years away from college & grad school, haha so who knows, only time will tell. Well my children, be whatever you want to be. Momma’s here to love & support you all the way,” Revil promised.

The Masbate Vice Governor also told her two sons to support each other and take care of each other.

“And hey you two, love and support each other and that should extend even to your future spouses, nieces, nephews, grandchildren,” said Revil.

“Siblings ought to be that. No one should be left behind. Remember.”