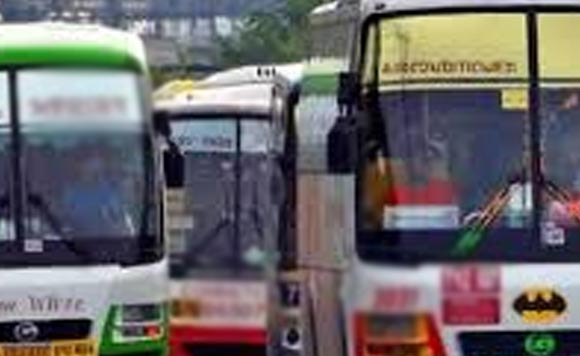 The so-called Bicol Bloc at the House of Representatives have expressed their ‘very strong objection’ against MMDA’s total provincial bus ban on EDSA.

“I have been expressing very strong objection to the implementation of METRO MANILA DEVELOPMENT AUTHORITY (MMDA) Regulation No. 19-002 series of 2019 banning provincial bus terminals along EDSA and forcing commuters from the provinces to get off in an area outside of Metro Manila,” said Bordado.

“Such a set-up will unduly impose additional burden on the hapless–and helpless–commuters,” he said.

Bordado said that the Bicolano solons share the same stand against the controversial policy of the MMDA.

“Here at the HOUSE OF REPRESENTATIVES, we in the so-called BICOL BLOC (which includes, among others, Rep. Sal Fortuno of the 5th District, Camarines Sur–foreground, right) unequivocally support the resolution submitted on April 3, 2019 by Rep. Alfredo Garbin (in white barong) of Ako Bicol Party List to the Committee on Transportation headed by Rep. Cesar Sarmiento (foreground, left) of Catanduanes expressing the same stand,” said the CamSur solon.

Last April, the Ako Bicol Party List ran to the Supreme Court, asking for the issuance of preliminary injunction or temporary restraining order.

“MMDA Chief Bong Nebrija himself, as per Philippine Daily Inquirer report, ‘agreed that the increasing number of private vehicles was the real cause of heavy traffic on Edsa. According to the report , ‘these account for nearly 80 percent of the daily traffic volume compared to provincial buses which constitute less than three percent.'” Bordado said.

“SO, WHAT’S THE POINT OF THE MMDA REGULATION?,” he added.