Albay Rep. Lagman: Next House Speaker should not be Palace’s ‘rubberstamp’ 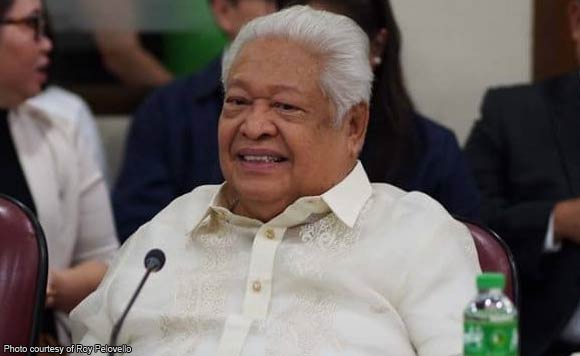 0 383
Share
Want more POLITIKO News? Get the latest newsfeed here. We publish dozens and dozens of politics-only news stories every hour. Click here to get to know more about your politiko - from trivial to crucial. it's our commitment to tell their stories. We follow your favorite POLITIKO like they are rockstars. If you are the politiko, always remember, your side is always our story. Read more. Find out more. Get the latest news here before it spreads on social media. Follow and bookmark this link. https://goo.gl/SvY8Kr

Opposition congressman Edcel Lagman from Albay said that the next House Speaker should not be a “rubberstamp” of the President.

The three seek to replace the position to be vacated by former President and now Pampanga Rep. Gloria Macapagal-Arroyo.

“The principal aspirants for Speaker are all pledging unequivocal support for the President’s legislative agenda, irrespective of its merit or people’s acceptability,” Lagman said.

“Since they all belong to the same Duterte mold, not one of them in the event of not being anointed by the President or after losing in the Speakership derby can qualify as Minority Leader who should not be beholden to President Duterte or the supermajority,” he said.

The next House’s top leader, according to Lagman, should be able to defend the the chamber’s independence.

“The House of Representatives needs a Speaker who can assure and defend the independence and integrity of the House as a co-equal department, and not act as a rubberstamp of the President,” the Albay solon said.

“A worthy Speaker can have reasonable collaboration with the Administration but can pursue differing views consistent with the people’s welfare, the Constitution and the rule of law,” he added.