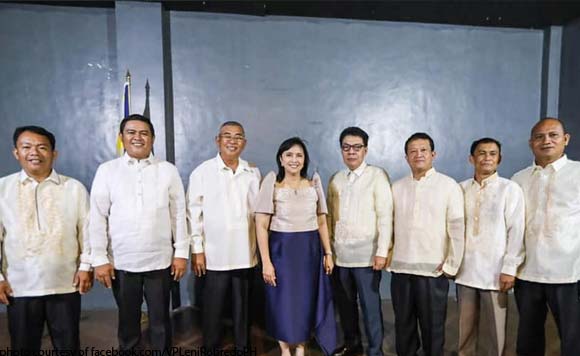 Vice President Leni Robredo has administered the oath of the newly elected leaders of Naga City.

The oath taking happened right after the wreath laying ceremony in honor of Sec. Jesse M. Robredo who’s celebrating his 61st birth anniversary on May 27th.

Mayor-elect Legacion said that he will offer friendship to his political woes npw that the elections are over.

“The divisive campaign is over! It is now time to unite and to work. To my adversaries and to those who did not support me, I am therefore extending my hand of friendship,” said Legacion.

“Let us all contribute in the building of a city that we can always be proud of!”

Outgoing Mayor John Bongat also turned over the symbolic key of responsibility to Legacion during the event.

Meanwhile, Robredo also spearheaded the oath-taking ceremony for the local government officials of Ocampo, Camarines Sur over the weekend.

“Wishing them all the best as they serve the people of Ocampo, hopefully with the best of their capabilities and with transparency and accountability at the forefront of their governance,” said the Vice President.