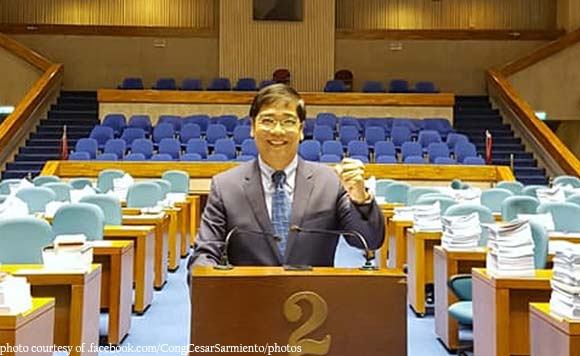 Sarmiento is currently serving his last and final term as congressman. He ran as governor last elections but lost to incumbent Governor Joseph Cua.

“Let’s finish the 17th Congress on a strong and positive note,” Sarmiento said as he reported back to work at the House of Representatives.

Sarmiento presided the Transportation Committee hearing regarding the provincial bus ban of MMDA.

Meanwhile, Sarmiento also expressed gratitude to all the members of his committee for working hard to pass priority measures.

“Our deepest appreciation to your leadership, for shepherding the Committee on Transportation to greater heights, and approving landmark bills that would not have been possible without your leadership,” he said.