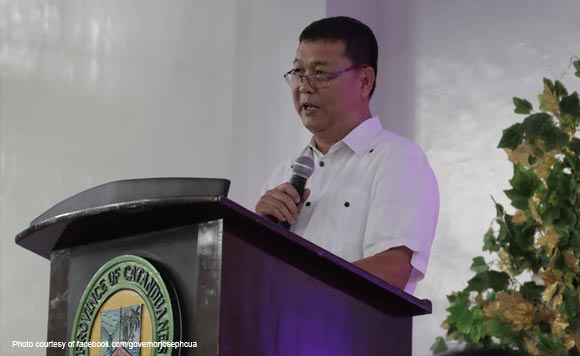 In politics, a man can die many deaths, according to Catanduanes Gov. Joseph Cua.

Quoting Winston Churchill, Cua said in a Facebook post that politics was more dangerous than war because you can only be killed once in the latter.

But in politics, you can be killed many times.

But he said he remains alive, He was resurrected to let others live, he added.

He made the statement as he led the gubernatorial race in the province, with a commanding lead over his rival.

We guess this means he lives to serve another term!

“Winston Churchill said, politics is more dangerous than war, for in war you are only killed once.

Friends, ladies and gentlemen, I was killed many times and politics has been my deathbed. But I learned to resurrect not to learn to live but to let others live.

You are all alive, so I am.