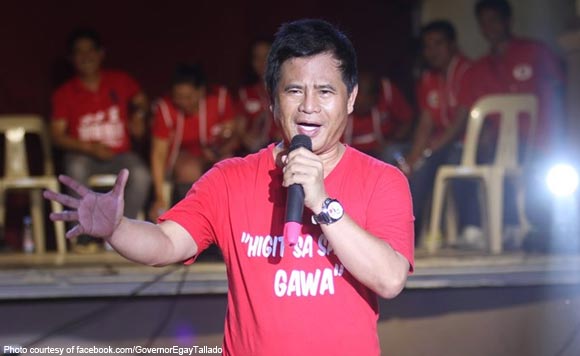 Camarines Norte Gov. Edgardo Tallado feels lucky to have gotten this endorsement shortly before the elections.

Tallado said on Facebook that he feels honored that his candidacy for governor has gotten the backing of senatorial candidate Bong Go, President Duterte’s former special assistant.

Tallado said he was glad that Go trusts him to lead the province.

He also shared a video that features a voice clip from Go saying that Tallado is a supporter of the President and that the people love him and would vote for him again once they see that he is working for their welfare.

Go also called on the residents of Camarines Norte to vote for those who would serve them.

Maybe Tallado considers this to be almost like an endorsement from the President himself?