Aika Robredo hopes to see Sen. Bam Aquino back in the Senate 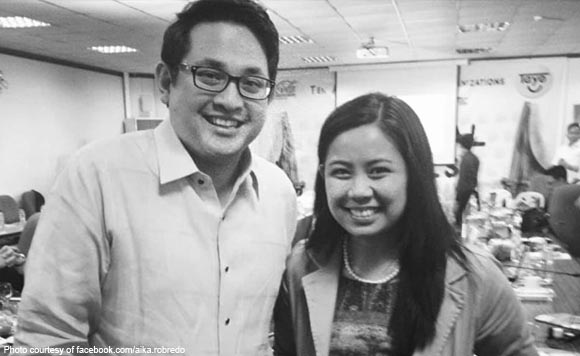 0 429
Share
Want more POLITIKO News? Get the latest newsfeed here. We publish dozens and dozens of politics-only news stories every hour. Click here to get to know more about your politiko - from trivial to crucial. it's our commitment to tell their stories. We follow your favorite POLITIKO like they are rockstars. If you are the politiko, always remember, your side is always our story. Read more. Find out more. Get the latest news here before it spreads on social media. Follow and bookmark this link. https://goo.gl/SvY8Kr

Bam is no definitely no bum.

Aika Robredo, the Vice President’s eldest daughter, expressed her appreciation of opposition Sen. Bam Aquino as she greeted him on his birthday.

She said she wanted to share a photo from the 2016 campaign, but she couldn’t find any. This just indicates how Aquino prefers to work behind the scenes even if he is actually running the show.

She also thanked him for being selfless and generous, and said she hopes to see six more years of him in the Senate.

Have no doubt about it, Bam Aquino is her Senator!

This photo was taken during the TAYO deliberations back in 2014. I was trying to look for a photo from the 2016 campaign but couldn’t find anything — very telling of how well he works behind the scenes when in fact he actually runs the show! Thank you for being so selfless and generous. And I hope we will be lucky enough to have 6 more years of you in the Senate. Happy birthday, Sen Bam! Bam Aquino is my Senator!! ??,” Robredo posted.

Check it out! Camarines Norte Gov. Edgardo Tallado says the…