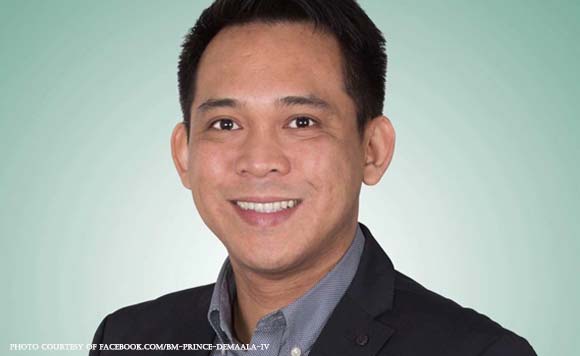 0 457
Share
Want more POLITIKO News? Get the latest newsfeed here. We publish dozens and dozens of politics-only news stories every hour. Click here to get to know more about your politiko - from trivial to crucial. it's our commitment to tell their stories. We follow your favorite POLITIKO like they are rockstars. If you are the politiko, always remember, your side is always our story. Read more. Find out more. Get the latest news here before it spreads on social media. Follow and bookmark this link. https://goo.gl/SvY8Kr

Palawan Board Member Prince Demaala IV, a supporter of senatorial candidate Bong Go, has sneered at the surfacing of the man claiming to be “Bikoy” in the viral videos linking President Duterte’s family and allies to the drug trade

Bikoy, or Peter Joemel Advincula, appeared at the Integrated Bar of the Philippines on Monday to stand by his allegations.

Advincula also reiterated his claim that Go had a dragon tattoo on his back that proves his links to the illegal drug trade.

Go has denied this and has twice publicly taken off his shirt to show that his back has no tattoo.

In a Facebook post, Demaala shared a link to a report about Bikoy and chided him for his statements.

Go’s back was clear for all to see and all it had were ventosa marks, Demaala pointed out.

To see is to believe, right?