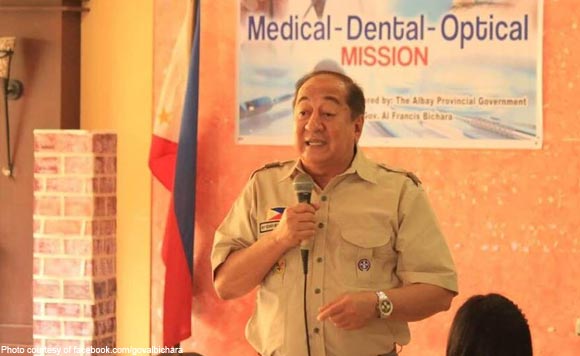 Governor Bichara told the participants the long-term plans of his administration on the agriculture sector.

“This is all for you, and we will not stop with this, we will continue to make our efforts grow so that agriculture in Albay will flourish,” Bichara said.

The governor said that while it took them three years to get to this point, it was still “fast” considering the many developments it underwent.

Also present during the event was Senator Cynthia Villar who chairs the Senate Committee on Agriculture in the house of senate.

Senator Villar also encouraged the farmers to just loan money from Albay Cooperatives as it has less interest than from borrowing money from a “Bombay” with the 5-6 scheme.

“You are important to us because it is you who will feed the next generation!” Sen. Villar told the participants.

Each local government unit (LGU) of the province was given their booth located at the Trading post building to sell their different agriculture products at a low cost.