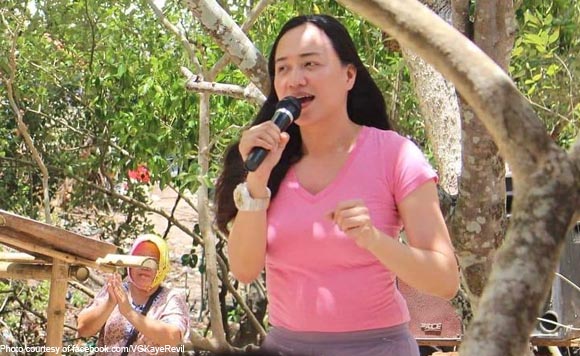 One week before the local elections, Masbate congressional candidate Kaye Revil expressed her gratitude to those who support her.

“Excited na po ako. Apiki na gayud. 1 week to go. We will see if you would still want Atty Kaye Revil to be your public servant,” Revil said.

“To those of you vocal of your support for my candidacy for Congresswoman, thank you. Be assured that I am worth it. To those who are silent supporters for fear of anything, still thank you,” she added.

Revil, the incumbent vice governor of Masbate, hopes that she “conquers” it “despite your silence.”

“Election is upcoming, your vote is much appreciated and your campaigning is remembered,” Revil said.

“Let’s make the next few days count. Know that on May 13, the choices we make on who to vote for will determine the future of Masbate and its people. ☺️ God bless,” added Revil.