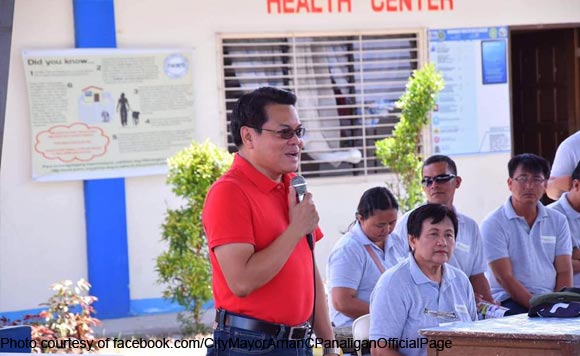 0 722
Share
Want more POLITIKO News? Get the latest newsfeed here. We publish dozens and dozens of politics-only news stories every hour. Click here to get to know more about your politiko - from trivial to crucial. it's our commitment to tell their stories. We follow your favorite POLITIKO like they are rockstars. If you are the politiko, always remember, your side is always our story. Read more. Find out more. Get the latest news here before it spreads on social media. Follow and bookmark this link. https://goo.gl/SvY8Kr

Mayor Arnan Panaligan has met with the fisherfolk community in Calapan City at the City Plaza Pavilion.

Mayor Panaligan listened to the concerns of the fishermen as he touted the programs initiates by his administration.

“The City Government of Calapan has implemented various programs for the benefit of the fisherfolk such as mariculture parks, aquaculture projects, alternative livelihood programs, motorized banca and fishing gear distribution, designation of marine protected areas and strengthening of Bantay Dagat,” Panaligan’s office said.

The said association is a Community Mortgage Program (CMP) assisted by the City Government of Calapan.

“A road concreting project at Villa Arce constructed by the City Government was also blessed during the event. Mayor Panaligan was accompanied by comebacking City Councilor Robert RC Concepcion,” the mayor’s office said.