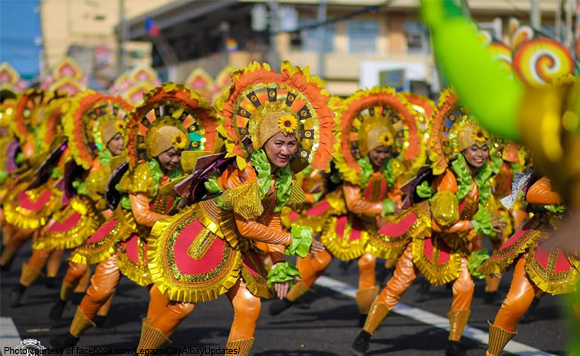 The municipality of Sto. Domingo has bagged the Magayon Festivals’ Street Dance Competition and Float Parade during its opening day yesterday.

During the opening day of Albay’s Magayon Festival, thousands of people lined up beside Rizal Street, from Vel-Amor Subdivision to Penaranda Park, as contingents from different cities and municipalities competed for Albay Festivals’ Street Dance Competition and Float Parade.

“The Albay Festivals’ Street Dance Competition and Float Parade showcases the various festivals in Albay, and with eventual winner, Sto. Domingo, they featured their Sarung Banggi Festival,” the province said.

“Bursting with colors and engulfed with lively music, the crowed cheered and danced along as ach contigent made their way to the stage for their final presentation to the judges,” it added.

“Amidst the fanfare, a formal program proper was also held at ther Penaranda Park stage, where contigents performed their routine and the formal opening of the Magayon Festival 2019 was announced,” said the province.

“Fireworks light up the Albay night sky signifying that the month-long celebration has begun,” it added.