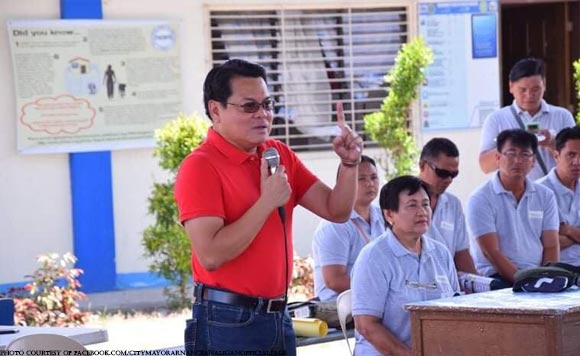 Mayor Panaligan said that the homeowners association is a Community Mortgage Program (CMP) initiated and supported by the City Government of Calapan under its HOPE Program or Housing Opportunities Towards People Empowerment.

“Under the CMP, the homeowners association will purchase the private property that the members have been occupying for many years through financing provided by the Socialized Housing Finance Corporation,” Mayor Panaligan said.

According to the mayor members of the association pay amortization to SHFC.

Under the HOPE program, informal settlers and the landless get opportunities to become landowners.

The city government currently supports seven CMP projects in pursuant to its vision of “a city without slums.”

“The City Government provided assistance to the CMP associations in the surveying of the property and by providing exemption from transfer taxes,” said the mayor.

“The City Government also undertakes site and infrastructure development such as road and drainage construction and power and water lines installation in the CMP sites to create livable communities,” it added.