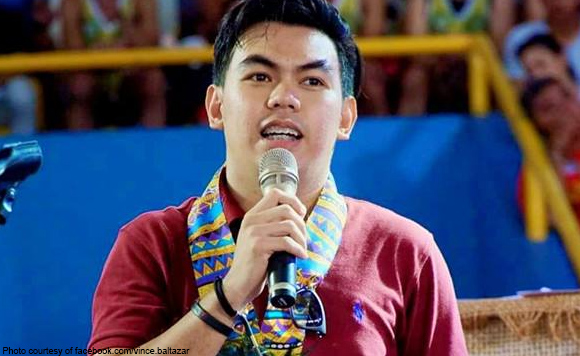 0 373
Share
Want more POLITIKO News? Get the latest newsfeed here. We publish dozens and dozens of politics-only news stories every hour. Click here to get to know more about your politiko - from trivial to crucial. it's our commitment to tell their stories. We follow your favorite POLITIKO like they are rockstars. If you are the politiko, always remember, your side is always our story. Read more. Find out more. Get the latest news here before it spreads on social media. Follow and bookmark this link. https://goo.gl/SvY8Kr

Baltazar said that as a nursing graduate, one of his priorities is to provide immediate response for emergencies.

“Way back 2013 & 2016 elections and as a Bachelor of Science in Nursing graduate, one of my candidacy’s agendas is to promote and create quick response to accidents, emergencies and other natural or man-made disasters by creating programs intended for it and for our city with the likes of 911 emergency hotline,” Baltazar said.

“I always believe that every seconds count. Now, that dream is a reality,” he added.

Baltazar expressed his gratitude to Mayor Noel Rosal for making the command center a reality.

“Special thanks to my idol, Mayor….and city government officials for worthly and magnificent effort in creating a more secured and safe city for everyone,” he said.

“Thank you Mayor…for making me a part of the said project as the Chairman on Finance and Appropriation,” he added.