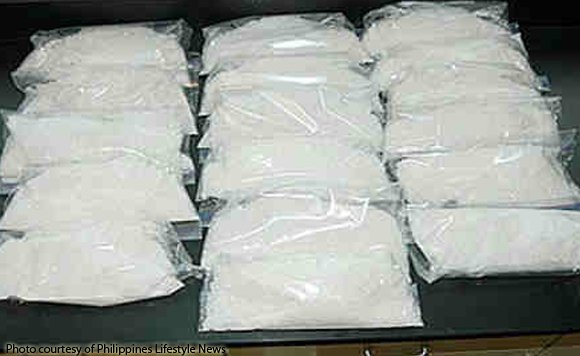 0 979
Share
Want more POLITIKO News? Get the latest newsfeed here. We publish dozens and dozens of politics-only news stories every hour. Click here to get to know more about your politiko - from trivial to crucial. it's our commitment to tell their stories. We follow your favorite POLITIKO like they are rockstars. If you are the politiko, always remember, your side is always our story. Read more. Find out more. Get the latest news here before it spreads on social media. Follow and bookmark this link. https://goo.gl/SvY8Kr

LEGAZPI CITY – An intensified campaign against illegal drugs has resulted in the seizure of nearly P18 million of shabu from two arrested Nigerian nationals in Naga City over the weekend.

“The arrest was made through the buy-bust operation conducted wherein
during the operation a PNP personnel acted as a poseur buyer,” said
Calubaquib in a media interview.

Calubaquib said the police operatives seized shabu with an estimated
street value of P17.3 million from Onwigbolu on Sunday.

On Saturday, another Nigerian national identified as Mbaneto
Sopuluchukwu and Judith Balaquiao-Camacho of Barangay San Jose in
Bombon, Camarines Sur, were arrested in another buy-bust operation in
Barangay Dinaga, Naga City.

The police operatives confiscated P680,000 worth of shabu from
Sopuluchukwu and Camacho.

“These accomplishments are reflective of PRO5 dedication and
unwavering support to the marching order of President (Rodrigo)
Duterte to stamp out proliferation of illegal drugs,” Calubaquib said.

Calubaquib said PRO-5 will continue efforts to wipe out illegal drugs
and arrest drug personalities in the region. (PNA)