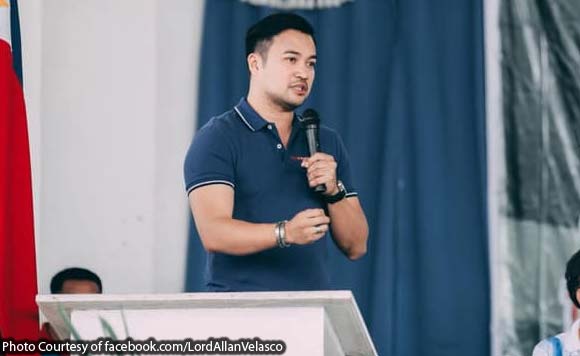 0 917
Share
Want more POLITIKO News? Get the latest newsfeed here. We publish dozens and dozens of politics-only news stories every hour. Click here to get to know more about your politiko - from trivial to crucial. it's our commitment to tell their stories. We follow your favorite POLITIKO like they are rockstars. If you are the politiko, always remember, your side is always our story. Read more. Find out more. Get the latest news here before it spreads on social media. Follow and bookmark this link. https://goo.gl/SvY8Kr

Marinduque Rep. Lord Allan Jay Velasco said that any discussion about the next Speaker of the House of Representatives is “premature.”

Velasco’s name has been floating for months now as the successor of House Speaker Gloria Macapagal-Arroyo.

Velasco said that the next leader of the House must take the lead in advancing the legislative agenda of President Rodrigo Duterte.

“Leadership is important, but it is equally important that the next Speaker is free from political ambition to ensure that all priority legislation of the President is successful,” Velasco said.

Marinduque noted that some of the key legislation of the administration have been pushed back due to “bickering” in the Congress.

“What Malacañang needs is a true ally in the House of Representatives that will help carry its agenda until the end.”

However, Velasco said that it’s still early to discuss the next House leadership.