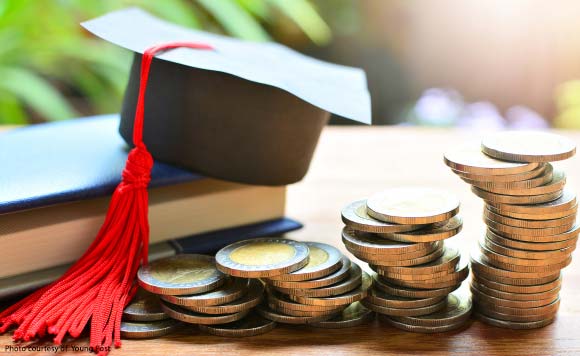 LEGAZPI CITY — The Department of Social Welfare and Development (DSWD) regional office clarified that college students were not eligible as beneficiaries under the Tertiary Education Subsidy (TES).

“We would like to inform the public that the DSWD does not provide any scholarship program. We do not facilitate the enlisting of beneficiaries for any scholarship,” said DSWD Regional Director Arnel Garcia in an interview.

Garcia explained that the DSWD’s Listahanan data was used by the Commission on Higher Education (CHED) through the Unified Student Financial Assistance System for Tertiary Education (UNIFAST) in identifying beneficiaries for the TES.

“The database was already completed hence we cannot modify it, the Listahanan serves as the basis for government agencies involved in social protection programs and should be updated every four years,” Garcia said.

Under Republic Act 10931, the Universal Access to Quality Tertiary Education Act, the TES helps qualified students to pursue a college education without paying tuition and other school fees in accordance to its implementing rules and regulations (IRR).

As indicated in the IRR, TES prioritization will apply on the following categories: 1) continuing grantees of Expanded Students’ Grants-in-aid Program for Poverty Alleviation (ESGPPA); 2) students included in the Listahanan 2.0 ; 3) Students residing and studying in private higher education institutions (HEIs) in cities/municipalities with no existing State University & Colleges (SUC’s) or CHED-recognized Local Universities and Colleges (LUCs) ; 4) those not in the Listahanan 2.0 but show proof of indigency such as BIR certificate of no income, or barangay certificate of indigency, and ranked according to per capita income.

CHED-Unifast V regional coordinator Fau Rey said that for this year, students who fell under categories 1-3 were prioritized and their documents have been processed.

Under the TES, student-beneficiaries get an amount of P40,000-P60,000 per year to cover tuition, books, transportation, supplies, room and board, and other school expenses.

DSWD also clarified that being a Pantawid Pamilyang Pilipino Program beneficiary would not automatically entitle a student to TES.

He also said being interviewed by the DSWD for the Listahanan will not automatically enroll a student in any program.

He said Listahanan does not offer nor provide program benefits because it is a tool that puts faces to the poor.

“It is an information management system that identifies who and where the poor are which serves as the basis of different agencies implementing programs for the poor, vulnerable, and marginalized sectors,” Garcia said. (PNA)