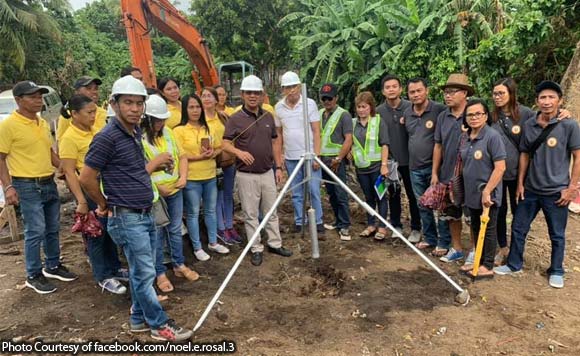 Rosal said that the bridge is fully funded by the city government sourced from its savings.

“finally the long wait is over..for the safety of the students crossing the old spillway especially in times of heavy rains…..ground breaking ceremony of the delayed arimbay-bagong abre bridge… but this time 2 lane bridge na talaga with sidewalk,” Rosal said.

Rosal said that safety is the top consideration of the city government in pushing for the project.

Meanwhile, Rosal earlier said that the ongoing widening of the Legazpi City-Sto. Domingo road in Brgy. Rawis will improve the traffic situation in Mariners College and UST next year.

The mayor said that the next project would be the relocation of the electrical posts and then the installations of proper LED streetlights.