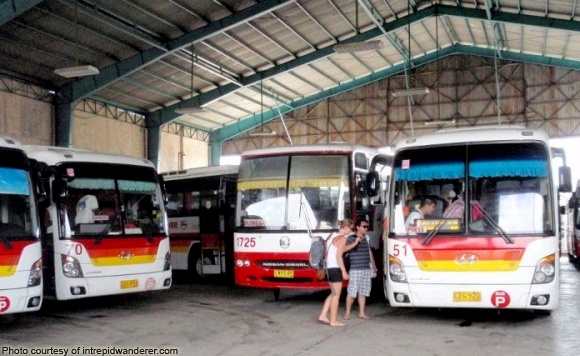 Garbin said: “the reason why we have millions of private vehicles plying the EDSA route is because we don’t have a public transport being managed and operated by the government.”

He said people bring their own cars because there was no public transport system that provides effective and efficient service.

There are 2.8 million cars in the National Capital Region versus 4,000 provincial buses. There are 1,500 buses going to Metro Manila from South Luzon, with 2,500 others bound for the north. Of the south-bound buses, 236 are from Albay.

Albayano traders and commuters, especially those who cannot afford more expensive air transportation, are being deprived of their mobility, he said.

Gonzales said he had discussed this matter with Catanduanes Rep. Cezar Sarmiento, chairman of the House committee on transportation, which has passed a resolution asking the MMDA to defer the implementation of the order until it has conducted a hearing on this controversial issue.

Gonzales said: “Let us look for other ways to address the problem without making provincial buses and its passengers’ sacrificial lambs.”

“The ban is unacceptable and it will be chaotic for Bicolano bus riders and also those from Visayas and Mindanao,” he added.

The transfer and opening of bus terminals in the outskirts of Metro Manila were attempted several times in the past but were postponed due to lack of coordination among the agencies involved.

The plan has met various oppositions, mostly from operators and commuters, and the Provincial Bus Operators Association of the Philippines, which has referred to it as a “Band-Aid” solution to a serious ailment. (PNA)