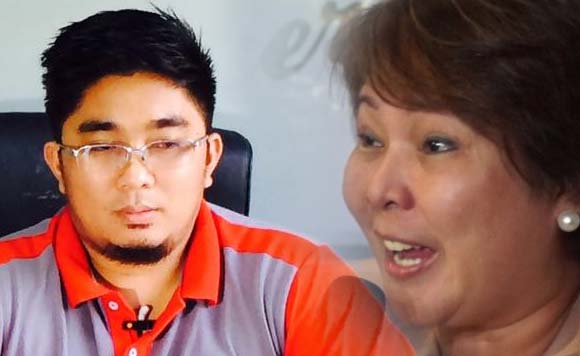 Batuan, Masbate Mayor Charmax Jan Yuson and his father, Vice Mayor Charlie Yuson III claimed the camp of Philippine Charity Sweepstakes Office (PCSO) board member Sandra Cam have planted evidence against them to derail their reelection and get her son Marco to become mayor.

“We categorically and vehemently deny as false and unfounded the allegations that we committed the crime of illegal possession of firearms, ammunition and explosive that were allegedly found in the places stated in the complaint, as the said allegations are mere fabrication and the alleged seized items were ‘planted’ purposely to prevent us from participating in the May 13, 2019 local elections,” they said in their counter-affidavit which was filed before the Department of Justice (DOJ).

With this, the Yusons asked the DOJ to dismiss the complaint filed Philippine National Police-Criminal Investigation and Detection Group (PNP-CIDG) Masbate Provincial Field Unit following the February 13 raids conducted of the mayor’s house and his father’s beach resort in Batuan.

Armed with a search warrant issued by a Manila court, authorities did not find the Yusons at the site that time but seized from the operation two grenades, two rifles, two shotguns, a .45 caliber pistol, and three .38 caliber revolvers without serial numbers.

Yuson’s cited that back in October 2018 they reported in the police blotter that drone was seen hovering and spying in their properties.

They said their people followed the drone which was spotted landing at Zandra’s Resort and Convention Center of Sandra Cam.

“Following this incident, we kept on hearing from the camp of Sandra Cam that the beach resort and our residence will be raided, and the target date was on my birthday, which raid was allegedly offered as their birthday gift,” the mayor said.

Because of this, the Yusons said “on February 8, 2019, respondent Charmax Jan Yuson wrote the PNP to search our premises and we offered voluntary ocular inspection.”

“As incumbent local officials of Batuan, Masbate and candidates for the May 13, 2019 elections, we have received information that our political opponents led by Sandra Cam, whose son (Marco) is running for mayor in our town, was planning something to dislodge us from office, including illegal tactics of planting evidence to pin us down for crimes,” they said.