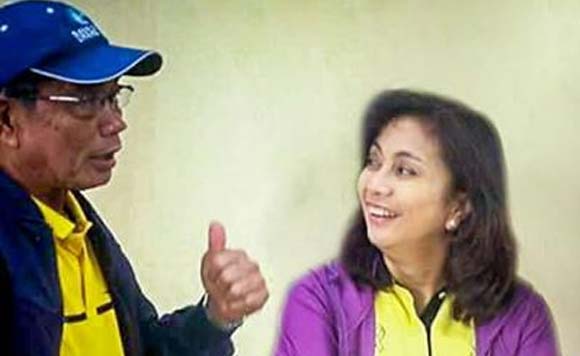 The campaign can be taxing in more ways than one, and it had taken its toll on one of Vice President Leni Robredo’s friends and supporter.

Robredo, in a Facebook post, mourned the passing of former Councilor Efren Celino of Ocampo, Camarines Sur, who collapsed in a political rally.

This followed the death of Barangay leader Celoy Bagadiong from a stroke he had during a campaign motorcade.

Robredo said campaigns can be physically and psychologically tough, which was why candidates and their supporters must take care of their health and make sure they stay hydrated.

During the 2013 campaign, several candidates were also felled by heatstroke, she recalled.

She is saddened by the passing of Councilor Efren, and she will always be grateful for his friendship and support, she said.

“Lost another friend and supporter, former Councilor Efren Celino of Ocampo, Camarines Sur. He collapsed while attending a Political Rally. Earlier, we lost Punong Barangay Celoy Bagadiong who had a stroke during a Campaign Motorcade. Both of them died last weekend during the early days of the campaign.

Every campaign is physically and psychologically gruelling. It is always important that candidates and campaigners are healthy and are hydrated specially as the temperature heats up. I remember during the 2013 Campaign, we lost several candidates to heat stroke.