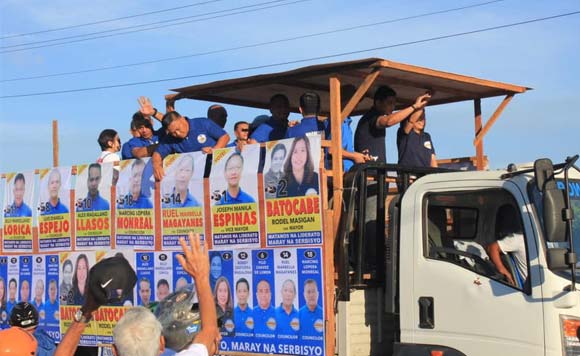 0 1,314
Share
Want more POLITIKO News? Get the latest newsfeed here. We publish dozens and dozens of politics-only news stories every hour. Click here to get to know more about your politiko - from trivial to crucial. it's our commitment to tell their stories. We follow your favorite POLITIKO like they are rockstars. If you are the politiko, always remember, your side is always our story. Read more. Find out more. Get the latest news here before it spreads on social media. Follow and bookmark this link. https://goo.gl/SvY8Kr

Gertie Duran Batocabe is officially campaigning for Mayor, and her journey to this position has been a hard and sad one.

Gertie is only running because she replaced her husband Rodel Batocabe, who was gunned down as he was leaving a gift-giving event last December.

But while being a candidate is new to Gertie, she said she was pleasantly surprised by the support she’s getting.

She said on Facebook that she only asked for few volunteers for the campaign, but so many turned out to help her.

Her task ahead may not be easy, but at least she’s getting a lot of support!