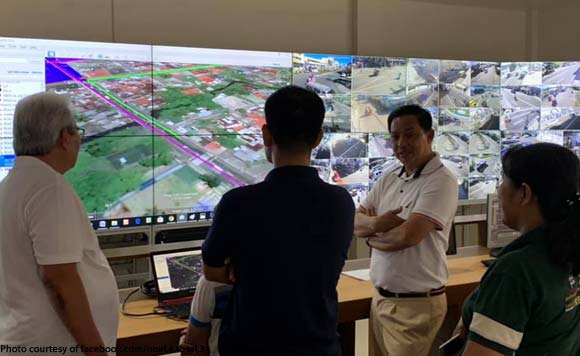 0 640
Share
Want more POLITIKO News? Get the latest newsfeed here. We publish dozens and dozens of politics-only news stories every hour. Click here to get to know more about your politiko - from trivial to crucial. it's our commitment to tell their stories. We follow your favorite POLITIKO like they are rockstars. If you are the politiko, always remember, your side is always our story. Read more. Find out more. Get the latest news here before it spreads on social media. Follow and bookmark this link. https://goo.gl/SvY8Kr

Pretty soon, Legazpi City residents would only have to remember three numbers in times of emergencies.

Mayor Noel Rosal said the 911 Command Center is almost ready and would soon be able yo get in action.

The center is patterned after similar ones in Davao City and Metro Manila, Rosal said on Facebook.

The city would install 130 security cameras all over, and so far, 92 have been put up, he said.

The personnel who would respond to the emergencies have also been trained, he added.

Legazpi aims to be a safe city, and part of it is always being prepared for anything!