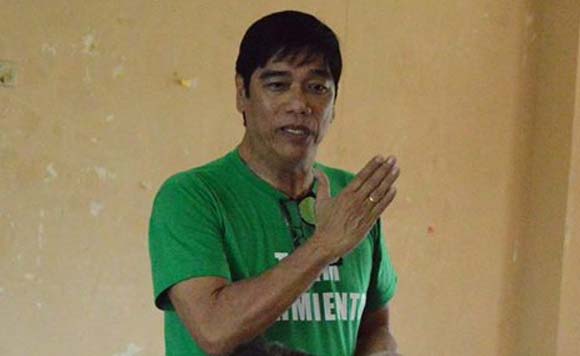 0 1,397
Share
Want more POLITIKO News? Get the latest newsfeed here. We publish dozens and dozens of politics-only news stories every hour. Click here to get to know more about your politiko - from trivial to crucial. it's our commitment to tell their stories. We follow your favorite POLITIKO like they are rockstars. If you are the politiko, always remember, your side is always our story. Read more. Find out more. Get the latest news here before it spreads on social media. Follow and bookmark this link. https://goo.gl/SvY8Kr

Catanduanes Rep. Cesar V. Sarmiento has sought the investigation of incidents of cocaine bricks floating in the coast of the province recently.

Sarmiento filed House Resolution 2530 urging the Dangerous Drugs Board, Philippine Drug Enforcement Agency, and Coast Guard, among other agencies, to probe the incidents.

Sarmiento has expressed alarm over the 7 blocks of cocaine with an estimated value of P37.3 million found by three fishermen floating in the waters of Bagamanoc.

In his resolution, Sarmiento said that there’s a need to pinpoint the “ultimate supplier” the said illegal substances.

He noted that there are so far 13 reports of illegal drugs floating off coasts of various of province in the country and three of which were found along the shorelines is Camarines Sur, Dinagat Islands, and Siargao island.

The solon said that the end view of the investigation should be the apprehension of the perpetrators and to prevent similar incidents in the future.