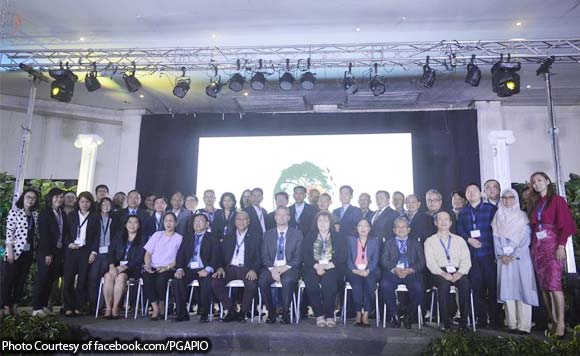 0 404
Share
Want more POLITIKO News? Get the latest newsfeed here. We publish dozens and dozens of politics-only news stories every hour. Click here to get to know more about your politiko - from trivial to crucial. it's our commitment to tell their stories. We follow your favorite POLITIKO like they are rockstars. If you are the politiko, always remember, your side is always our story. Read more. Find out more. Get the latest news here before it spreads on social media. Follow and bookmark this link. https://goo.gl/SvY8Kr

The Province of Albay has welcomed the delegates for this year’s Southeast Asian Biosphere Reserves Network (SeaBRnet) annual meeting.

Governor Al Francis Bichara was represented by Provincial Administrator Engineer Vida Prollamante in welcoming the participants of the three-day meeting which began last March 26 and is set to end today.

The said meeting is attended by around 125 participants from 19 countries from the Southeast Asia, such as Thailand, Vietnam, Cambodia, Indonesia, Laos, Malaysia, Myanmar, Japan, and several others.

“This is a big achievement for the PGA, and it wouldn’t have been possible without the assistance of all those concerned, the Governor is happy that such an essential gathering is made here in Albay,” Prollamante was quoted as saying.

She also said that the meeting is focused on “networking” as she hopes that through this assembly, all members of the SeaBRnet will be able to maximize the ties that they will forge as members of this notable community.

Meanwhile, SeaBRnet Secretariat Hans Thulstrup also gave a brief introduction and overview of the meeting, with the theme: “Strengthening Networks for Sustainable Management of Biosphere Reserves.”

Thulstrup expressed gratitude to Governor Bichara for supporting SeaBRnet, while noting that as the newest member, the province is also its most active member.

“Aside from the formal start of the SeaBRnet meeting, the members of the SeaBRnet was given a field trip around the more notable natural wonders of the Province of Albay on their first day, which included the Corangon Shoal. Jovellar Underground River, Mount Masaraga, Quitinan Hill, Sumlang Lake, Bambusetum Park, and more. This is so that participants will be able to observe, communicate with local communities, and provide advice on the implementation of the Biosphere reserve concept in practice,” said the provincial government.

Along with Palawan and Puerto Galera, Albay is likewise undergoing the application process for Biosphere Reserve status under the United Nations Educational, Scientific, and Cultural Organization (UNESCO).