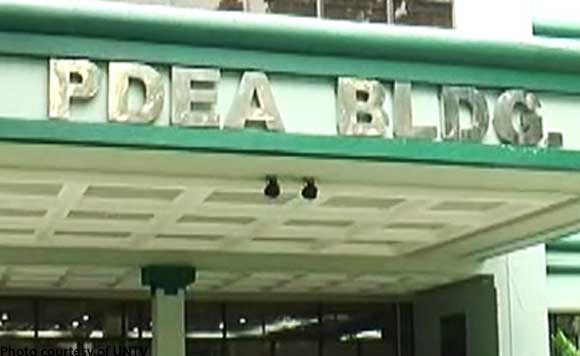 0 484
Share
Want more POLITIKO News? Get the latest newsfeed here. We publish dozens and dozens of politics-only news stories every hour. Click here to get to know more about your politiko - from trivial to crucial. it's our commitment to tell their stories. We follow your favorite POLITIKO like they are rockstars. If you are the politiko, always remember, your side is always our story. Read more. Find out more. Get the latest news here before it spreads on social media. Follow and bookmark this link. https://goo.gl/SvY8Kr

LEGAZPI CITY — The Philippine Drug Enforcement Agency (PDEA) has confirmed that the seven blocks containing white crystalline granules fished out Monday afternoon in the waters of Bagamanoc town in Catanduanes were cocaine.

Cotton Talento, PDEA spokesperson, said in an interview that the PDEA laboratory made the confirmation on Tuesday.

The PDEA chemist’s report said the qualitative examination gave a positive result on the presence of cocaine with a net weight of seven kilos and a street value of PHP37 million.

The blocks of cocaine were fished out around 1:00 p.m. by fishermen Marcel Benosa, 33; Danilo Villasana, 65; and Tirso Bandola, 47; all from Barangay Bugao in Bagamanoc town.

A police report said the fishermen turned over the items to the Bagamanoc town police station and later brought to the PDEA regional office here.

In a phone interview, Talento said they are still validating whether the blocks of cocaine found previously in the waters off Camarines Norte, Sorsogon and Catanduanes came from one source.

Talento said the recovery of the seven kilos of cocaine brings to a total of 11 kilos the cocaine found floating off the waters of the towns of Paracale and Vinzons in Camarines Norte, Baras and Bagamanoc in the island province of Catanduanes.

Talento said they would still send drug samples taken from the cocaine found in Camarines Norte and Catanduanes for drug profiling process to determine whether the chemistry and quality of the drugs would show that they came from the same source.

In an earlier interview, Christian Frivaldo, PDEA acting regional director, said, “Drug profiling process takes a while since we have limited capabilities in knowing the chemistry, the quality of the drugs, where it was produced.”

He said the drug samples taken from the cocaine found in Sorsogon, Camarines Norte and Catanduanes would also be submitted to the Australian Federal Police and the United States Drug Enforcement Agency for profiling to determine the possible sources of the cocaine. (PNA)