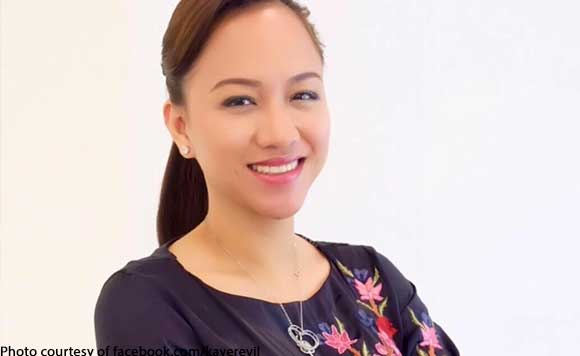 Masbate Vice Gov. Kaye Revil is gearing up for a major battle in her life, and she has called on friends and family for support.

Revil, who recently gave birth, is now about to embark on a campaign to be the representative of Masbate’s second district.

In a Facebook post, Revil said the moral support of her friends and family would be invaluable as the local campaign begins.

She is determined to have a peaceful and progressive province, she said.

However, campaigning is never easy as it can be physically, mentally & emotionally draining, she said. This is why she will value words of encouragement, inspiration, and prayers from the people who support her, she added.

As she called for help, Revil reminded them that there is hope for the province and that they have a chance to boot out the people who sow fear, hate, violence, arrogance and who promote bad vices.

All they have to do is to make the right choice!

“Dear family, friends & supporters, as you know, campaign period is about to start officially by March 29. This is the time when your all-out moral support means so much to me & the cause that our team (#REVILKAYEmpaign2CONGRESS) pursue to achieve- a peaceful, progressive #MasbateProvince, healed & God’s glory revealed. To run a campaign is not easy. It usually gets physically, mentally & emotionally draining. Your words of encouragement, inspiration, fighting spirit & most of all- your prayers for protection, safety, guidance, wisdom & blessing will surely go a long way. Thank you so much in advance to all of you! Know that the future of #Masbate #Philippines & our country is determined by the actions & choices we do today. If you do believe that I am your best choice for Representative for Congress of the 2nd District, we need your voices to be heard. Please help us in our campaigns. Together, let us resonate hope for Masbate & our people. Enough of those who are controlled by those who sow fear, hate, violence, arrogance & bad vices for the society. Now is the time we choose to pursue the vision God has planted in our hearts & destined in our midst. He is with us. May His will be done. 🌸