45 mayors charged with failing to put up anti-drug councils: 1/3 from Bicol 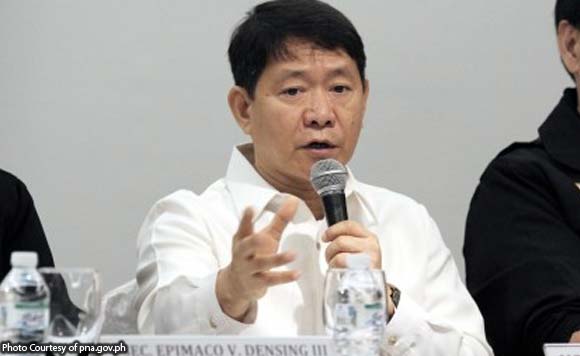 The Department of the Interior and Local Government (DILG) has filed a complaint against 45 mayors before the Office of the Ombudsman for their alleged failure or refusal to create Anti-Illegal Drugs Abuse Council (ADAC) in their areas.

DILG Secretary Eduardo Año said the complaint was filed against the second batch of 25 mayors on Wednesday afternoon. The first batch of complaints against 20 mayors were filed last March 14.

“Despite several directives from the DILG and the Dangerous Drugs Board (DDB), the concerned mayors still failed or refused to comply with the said orders and their towns are among those that are without an organized and functional ADAC,” Año said in a statement.

Of the 45 mayors, 15 are in the Bicol region, particularly in Albay, Camarines Sur, Catanduanes, Masbate, and Sorsogon provinces.

Seven are in the Bangsamoro Autonomous Region in Muslim Mindanao (BARMM), specifically in Basilan, Tawi-Tawi, and Lanao del Sur provinces.

Five are from Abra and Ifugao provinces, and five from Palawan province.

In Central Visayas, four mayors are in Cebu province. In Caraga, all three mayors are from Agusan del Norte province. There are three in Calabarzon — from Laguna and Quezon provinces; two in Cagayan Valley – one in Cagayan and one in Nueva Vizcaya; and one in Eastern Samar province.

Earlier, Año said they intend to institutionalize the ADAC program by urging Congress to pass a legislation on it.

He said the war against drugs is a “whole-of-government approach” and can only be won when everyone “chips in” their contribution.

The local governments in the barangay, municipal, and provincial levels are mandated to convene their ADACs to address first-hand drug issues in areas of their jurisdiction. (PNA)