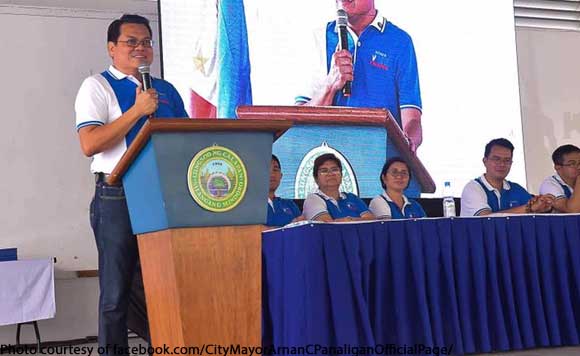 Aside from Panaligan, also in attendance were other city government officials including Vice Mayor Gil Ramirez and Sangguniang Panglungsod members.

He also turned over devices for persons with disabilities, certificates for infrastructure projects to be implemented in various barangays and assistance to children.

“Awards and citations were given to students who participated and garnered honors in regional, national and international competitions in academics, sports and other fields,” the mayor’s office said.

Meanwhile, the Mayor also recognized schools and barangays who won in the search for Eco-Friendly Schools and Barangays.

“Services were also provided to the constituents such as civil registration, legal services and animal vaccinations,” Panaligan’s office said.