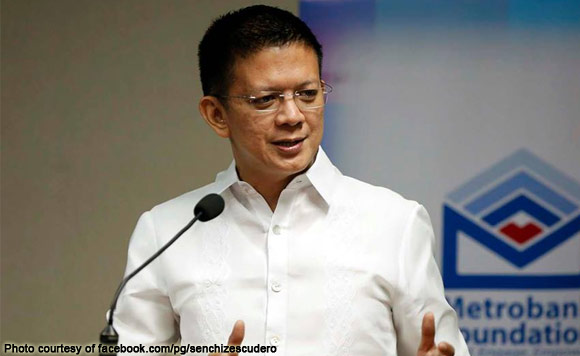 Sorsogon gubernatorial candidate Senator Francis “Chiz” Escudero has presented his plans for agriculture sector during a dialogue with stakeholders.

Escudero held a meeting with representatives of agriculture sector together with other stakeholders.

“In consultation with the agriculture sector and stakeholders, Sorsogon gubernatorial candidate Chiz Escudero outlined his plans for the province to invest in corporate farming,” his office said.

Among the plans presented were:
a) Multi-cropping
b) Investing in machines for virgin coconut oil production
c) Contract growing of cacao, pili, black pepper, and vegetables

“He also defined the responsibility of the Province in buying, marketing, and selling produce without middlemen and emphasized its role in providing more profit opportunities for farmers,” Escudero’s office said

“Matnog, home to one of the busiest seaports in the country, is the jump-off point of Luzon to the southern Philippines,” it added.