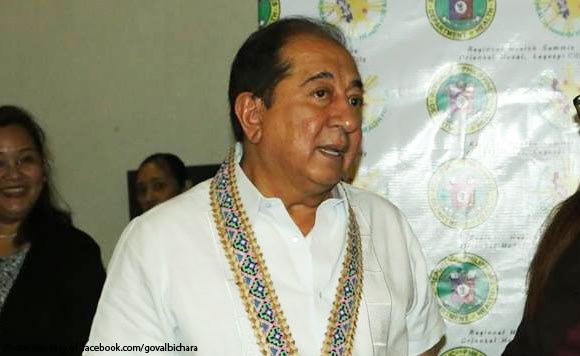 0 394
Share
Want more POLITIKO News? Get the latest newsfeed here. We publish dozens and dozens of politics-only news stories every hour. Click here to get to know more about your politiko - from trivial to crucial. it's our commitment to tell their stories. We follow your favorite POLITIKO like they are rockstars. If you are the politiko, always remember, your side is always our story. Read more. Find out more. Get the latest news here before it spreads on social media. Follow and bookmark this link. https://goo.gl/SvY8Kr

Albay Governor Al Francis Bichara has continued to bring medical services in various parts of the province, this time in Guinobatan.

“The medical, dental and optical mission aims to provide free check-ups, medicines and eyeglasses catering to patients coming from the 16 remote barangays of Guinobatan from the high lands,” the province said.

In his message, Bichara recognized the efforts and services rendered by the doctors and other Capitol employees, to make the event possible.

“Aside from these medical and social services, we are also doing and developing infrastructure projects in Guinobatan, in fact, plans are already underway in making the road from Guinobatan to Jovellar a four lane road, among many other road projects now being implemented here,” Bichara was quoted as saying.