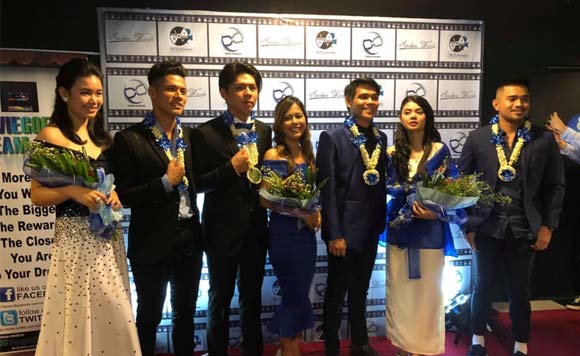 0 879
Share
Want more POLITIKO News? Get the latest newsfeed here. We publish dozens and dozens of politics-only news stories every hour. Click here to get to know more about your politiko - from trivial to crucial. it's our commitment to tell their stories. We follow your favorite POLITIKO like they are rockstars. If you are the politiko, always remember, your side is always our story. Read more. Find out more. Get the latest news here before it spreads on social media. Follow and bookmark this link. https://goo.gl/SvY8Kr

Masbate Vice Gov. Kaye Revil isn’t the only accomplished woman in her family.

Revil is might proud of her daughter Bavick who’s indie film Spoken Words has been nominated as one of the best films of 2018 by the Gawad Pasado Awards.

Moreover, the film has been endorsed by Commission on Higher Education Ronald Adamat.

Revil congratulated Bavick for the film’s success and provided details on how people could view it.

She is one supportive momma!

SPOKEN WORDS, the indie film you are among the cast of is nominated as one of the BEST FILMS for 2018 by Gawad Pasado Awards & is now being endorsed by the COMMISSION ON HIGHER EDUCATION (CHED) Commissioner Ronald L. Adamat, Ph.D. P.D.

For those who want to watch it please contact INFINITE POWERTECH and RLTV Entertainment Production at 0906.568.6868 or e-mail them at reallifetv8@gmail.com,” Revil posted on Facebook.