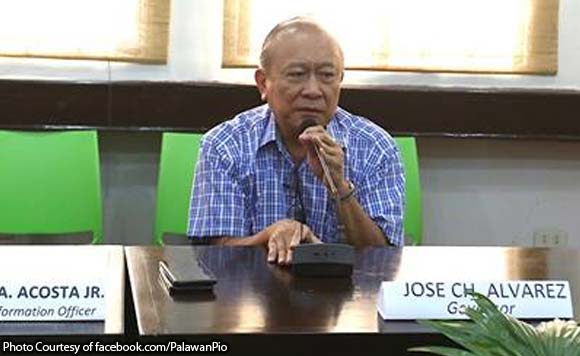 Palawan Governor Jose Ch. Alvarez has laid down his development plan for Coron before the residents of the said town.

Alvarez held a fellowship dinner with the residents and local officials led by Mayor Jerry Barracoso of Coron as well as other stakeholders last March 1.

Alvarez said that with a political will and support from the local government unit, the proposed airport will come into a reality.

“If there’s a political will, then we can build that airport…that’s why we are here primarily for this fellowship dinner para po matulungan ninyo po kami, help us build this tourism enclave in this part of the Philippines…,” the governor was quoted as saying.

The Governor sought the support of the residents, noting that the airport will bring more tourists in the province.

“This airport whether some sectors like it or not, we will do it… We just need your moral support… If in a discussion, people will try to engage you that this airport is not needed, you’ll try to expound very forcefully that we need this airport because Coron is such a beautiful place and a large tourism region together with Busuanga and Culion, these region can surpass the tourist arrivals of Kota Kinabalu…”, he said.

The governor also touted the the developments in the transportation sector in Coron.

“I noticed that everything is expensive in Coron and I’m happy to announce to you that by August or September, you will be connected to Mindoro…The RORO owner FastCat has committed to me…”

He also said that a new hospital, sewerage system and water system, covered courts, among others will be built.

“Most establishments have slowly made their way into the reclamation area for tourism activities, and then we will fix your road, sidewalks, storm drain and enough leeway for pedestrians”, he said.