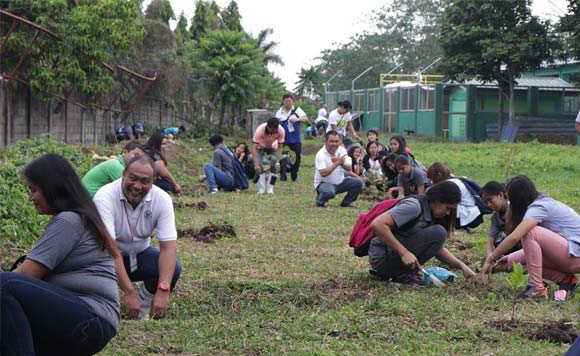 Bongat said that the city government aims to transform the area into a “clean and green” orchard and park.

He said that the orchard and park can also be used as playground of the kids as it is located near employees’ housing projects of the city government.

“TREE PLANTING AROUND NAGA CITY ABATTOIR, the first step into its development into an orchard and park where guyabano, jackfruit, rambutan, mango, cacao, pili and other tropical fruit bearing trees will grow and make the facility’s surroundings (open space of more than 1 hectare) clean and green,” the Mayor said.

Mayor Bongat expressed his gratitude to all the people behind the initiative and who worked together to promote the said project.