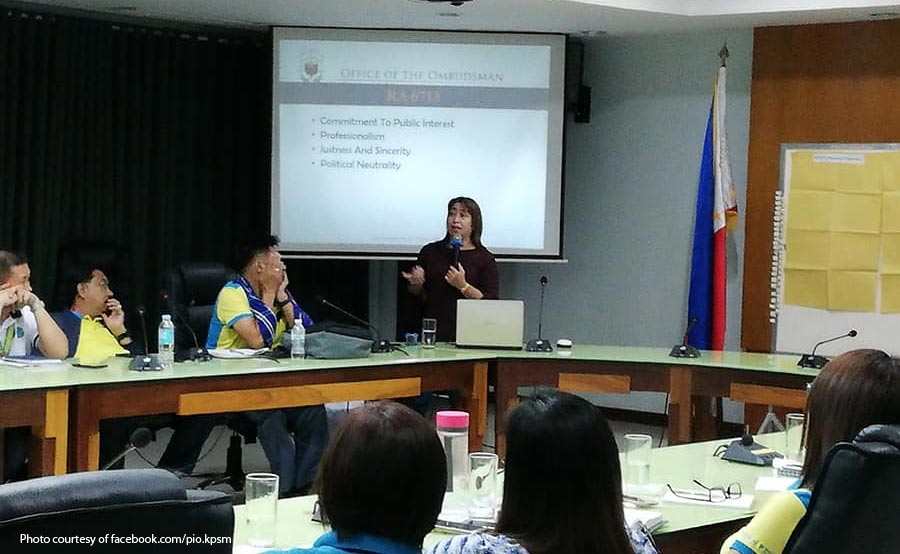 The Office of the Ombudsman has conducted an Integrity, Transparency & Accountability in Public Service (ITAPS) Seminar attended by the employees of the Oriental Mindoro Capitol.

The said seminar was spearheaded by Office of the Ombudsman Graft Investigating Officer Editha D. Dizon.

GIO Dizon also discussed the Republic Act (RA) 6713 or the Code of Conduct and Ethical Standards for Public Officials and Employees.

She talked about the commitment to public interest, professionalism, justness and sincerity, as well as political neutrality.

According to the province, the seminar aims “to raise the level of awareness of the gov’t employees on the significance of building a character of integrity in governance and to develop a deeper understanding of the role of public servants and accountability attached to their respective positions.”