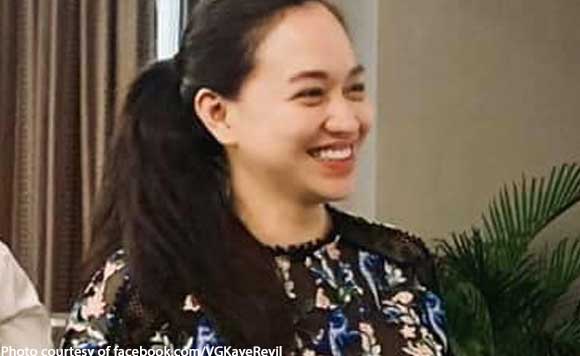 For Masbate Vice Governor Kaye Revil, her track record as a public servant will speak for herself as the official campaign period for local elections nears.

Revil shared a conversation she had with Cabinet Secretary Karlo Nograles where the latter asked her about her upcoming fight.

The Vice Governor is running for Masbate representative as she tries to unseat incumbent congresswoman Olga Kho.

“I know I’ve been giving my best for Masbate & been representing it with all zest, passion & dedication,” she said.

However, Revil acknowledged the “reality in politics” and she said it is “truly very challenging”

“Vote-buying is so rampant. Intelligent voters are scared to make a stand. But I’m lifting it all up to God. I’m not even praying to win,” she said.

“My prayer is for His will to be done. Whatever it is, I’m ready.”

Revil and Nograles attended the National Executive Board Meeting of the Union of Local Authorities of the Philippines.

The vice governor has been given a Plaque of Recognition as ULAP’s Assistant Secretary General.