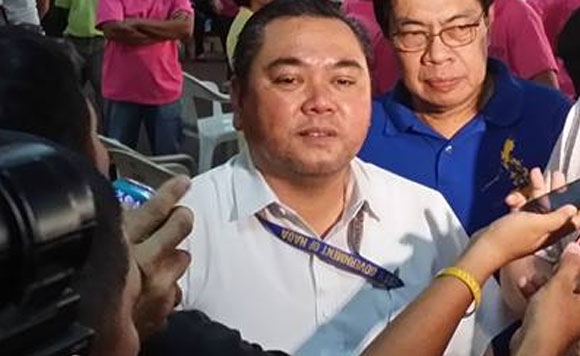 Outgoing Naga City Mayor John Bongat expressed his gratitude to the Market Enterprise and Promotions Office (MEPO) for giving him a collage of his photos throughout his life as mayor.

Bongat also thanked MEPO and NAMASFED for their collective efforts that brought millions of income for the city government since 2010.

“THANK YOU MEPO and NAMASFED for this collage of photos that you gave to me as your expression of gratitude for our collective efforts since 2010 in transforming the market (rebranded as Naga City People’s Mall since 2011) into the most lucrative economic enterprise of the city that it is now (from P26million to P58million in 8 years) and into one of the cleanest and best managed public markets in the country (named as Galing Pook national finalist in 2017),” Mayor Bongat said.

“The different pictures in the collage depict the gamechanging strategies that sustained stakeholder involvement; the fair application of market rules and regulations without fear or favor; the transparency of the Market Awards Committee; the placing on the pedestal of consumers’ rights and welfare above all else. All this led to the market’s success story. It is not my success, it is ours!,” the mayor said.

“And the secret has been our actually puting premium on how the patronizing general public can have such an enjoyable and fulfilling market experience every single day!,” he added.