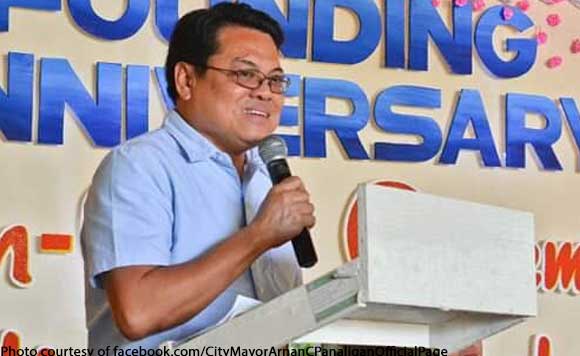 Panaligan initiated the establishment of the said school in 2002 so that students from Nag-iba area need not to travel far just to attend school.

“City Mayor Arnan C. Panaligan was a guest at the 17th anniversary celebration of Nag-iba National High School. Mayor Panaligan initiated the establishment of the high school in 2002 during his earlier term together with the barangay leaders, parents and teachers,” Panaligan’s office said.

“At that time, the nearest high school in the Nag-iba area was more than 5 kilometers away in the town of Naujan,” it added.

Now, the Nag-Iba High School, according to the mayor’s office, continues to provide quality education to its students.

“Funding was provided by the Department of Agriculture with equity counterpart from the City Government and the farmers association,” said Panaligan’s office.