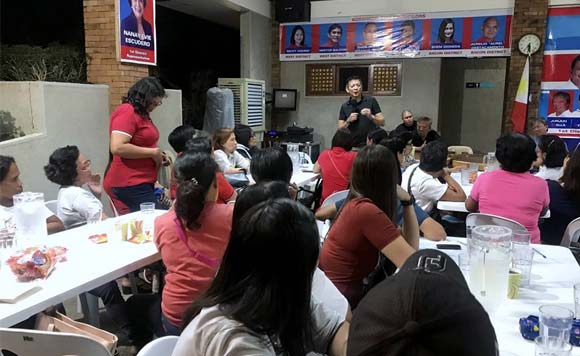 Sorsogon gubernatorial candidate Chiz Escudero held a dialogue with barangay leaders in the province to lay down their plans for the province.

Escudero spearheaded the Team Sorsogon First in visiting the towns of Bulan, Gubat, and Juban.

Also, Escudero held a public consultation with the barangay leaders of Matnog and Irosin.

Escudero is serving his last and final term as Senator.