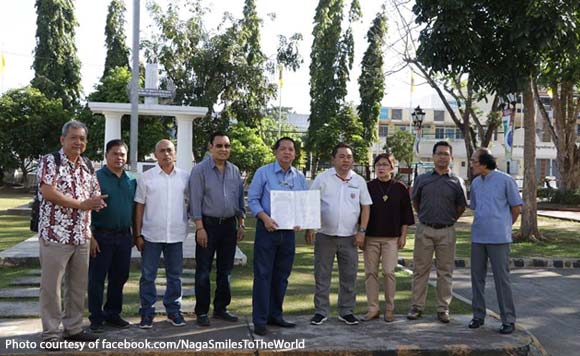 “Grateful for his extensive service and exceptional performance as the former city assesor, the City Government of Naga expressed its thanks and appreciation to Mr. Ramon Roque-Albeus through a resolution that was awarded to him this morning,” the city government said.

“Mr. Albeus, who worked as a Taxmapper, Real Property Appraiser, Local Assessment Operations Officer, and City Assessor retired after 40 years in government service and has been since known for his able stewardship, particularly in the city’s goal of achieving fiscal sufficiency in terms of maximizing potential in generating local income taxation— lessening the city’s dependence upon the national fiscal support and thus, significantly contributing in the advancement of the city’s development,” it added.

Meanwhile, Bongat also presented a resolution of commendation to a University of Nueva Caceres teacher for l being awarded as the Most Outstanding Delegate in the Asia World Model United Nations.

“CONGRATULATIONS Mr. John Paul Louie L. Abe, a teacher of the University of Nueva Caceres, for being awarded as the Most Outstanding Delegate in the Asia World Model United Nations held last January 29 to February 2, 2019, in Bangkok, Thailand,” the city government said.