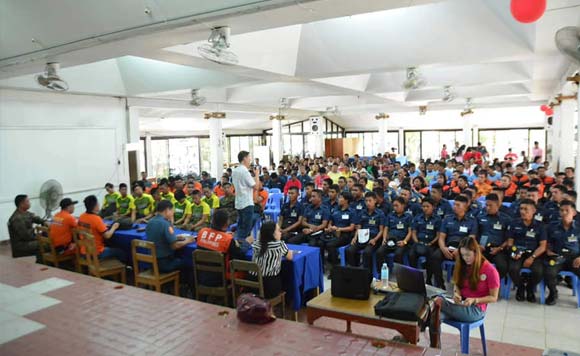 This was proven by the success of Revil’s First Responders’ Congress, which was attended and participated by various agencies and organizations

“This is how we make progress. We bring everyone together, we collaborate & put all our stakes on the table & share knowledge, expertise, passion & love for our Province & country with each other,” the Vice Governor said.

Revil’s husband and former Masbate Governor Atty. Vince Revil gave an inspirational and informative talk in behalf of her during the event.

Meanwhile, Bureau of Fire Protection’s F02 Alvin Dela Peña tackled the Disaster Preparedness before, after and during fire & earthquake situations.

Moreover, Philippine National Police’s PSUPT Gerardo Balatucan zeroed in on the Peace & Order situation in the Province of Masbate from January to February 13 this year.

Kabalikat Civicom’s Virgilio Natural talked about the disaster preparedness and emergency Responses contribution for the community.

“Simultaneous to the First Responders’ Congress was the Annual Mass Blood Donation Drive that we also spearhead in partnership with the Red Cross. Thank you Ma’am Marie Jane M. Oxemer for ably facilitating,” she said.