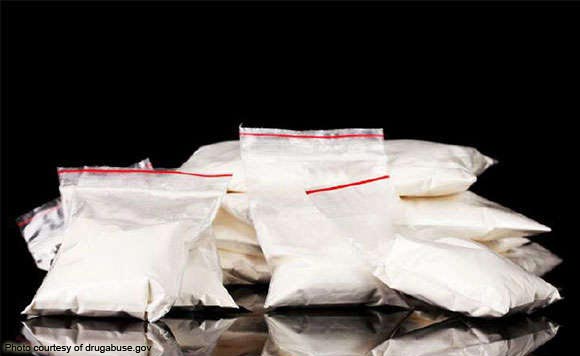 The Philippine National Police (PNP) on Sunday commended another fisherman for reporting to authorities the ‘brick of cocaine’ he found floating off the waters of Camarines Norte.

“The PNP once again commends another good deed of a peace loving and vigilant Filipino for voluntarily reporting to the police another brick of cocaine washed ashore,” Banac said in a message to reporters.

Banac said the brick of cocaine was found at around 3:00 a.m. near the shoreline of Barangay Bagumbayan in Paracale, Camarines Norte.

According to the fisherman, he found the brick wrapped in brown duct tape and has “Lexus” label but upon opening, he found white substance.

Soriano turned over the brick to Paracale municipal police station and eventually was sent to the provincial crime laboratory office which tested positive the substance as ‘cocaine’ weighting 989.23 grams with estimated market value of PHP5,242,919.

Last Friday, the PNP Gonie Caruda lauded fisherman Gonie Curada for reporting to authorities his discovery of 37 blocks of cocaine on February 12.

Curada found the 37 blocks of cocaine with an estimated market value of PHP500 million floating off the waters of Cagdianao on Dinagat Islands.

Banac urged the public to keep on reporting to the police any suspicious item they may find floating in the sea.

“We continue to call on all residents of all our coastline communities across the nation including all fishermen and seafarers to remain vigilant and continue reporting to the police suspicious items they may find washed ashore or floating in the sea,” Banac said.

“Your active participation in our anti-illegal drugs law enforcement operations and maintenance of peace and order continues to inspire us in performing our mandate as provided for by law to fight illegal drugs with utmost respect for human rights,” he added. (PNA)