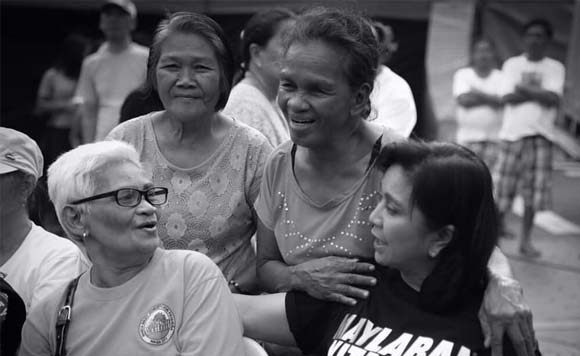 As Vice President of the Philippines, Leni Robredo has to take care of Filipinos all over the country.

This means that Robredo gets to spend little time with the people of her hometown, Naga.

But during the kick-off rally for the Otso Diretso candidates, she got the chance to spend hours with Naga’s people.

In a Facebook post, she said she just dropped by to check on preparations for the rally, but ended up staying for seven hours because she enjoyed being with the people so much.

It reminded her of the time when her late husband Jesse was Naga’s mayor and always spent time with the people.

The VP will always have a loving home in Naga.

BTS of the OtsoDiretso Proclamation Rally in Naga. I dropped by the Plaza Quezon at noon to check how the preparations were going but I ended up staying for 7 hours to be with people I spent so many years with. Brought me back to the years when Jesse was still Mayor.

Official photos are posted in my official fb page, VP Leni Robredo,” she posted on Facebook.