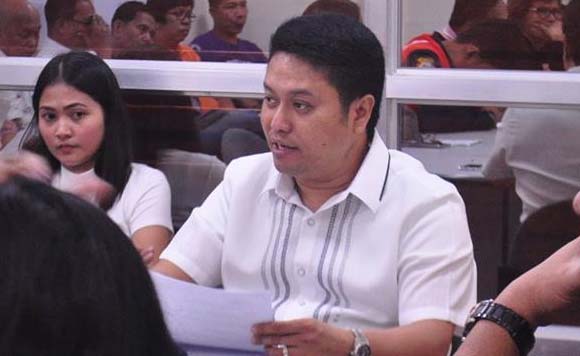 Baldo, who was recently out on bail over his illegal possession of fireams and explosives charges, said that “plateless van” is lurking around the Old Albay District waiting for its supposed victims.

“It has come to my attention that there have been incidents of attempted kidnapping in Albay. A certain modus operandi has been actively happening where a white, plateless van is lurking around Old Albay District (near APEC) and preying on pedestrians,” Baldo said.

Baldo also urged his fellow local leaders to act on the matter for the safety of their constituents.

“I would like to call out to my fellow local leaders about this matter. We are here to maintain a safe environment for our citizens. Let us stand together to eradicate the terror that these criminals bring to our constituents,” the mayor saidm

“Daragueños, be assured that your local authorities will do their best in keeping the security in our municipality,” he added.

Baldo likewise said that he’ll be coordinating with the local police on the matter.

“For the promotion of security, and peace and order, we are asking the PNP to initiate directives regarding this matter. Also know that LGU-Daraga will always cooperate especially when public safety is concerned,” he said.

Baldo was tagged as the mastermind behind the ambush of Ako Bicol Rep. Rodel Batocabe and his aide SPO2 Orlando Diaz.