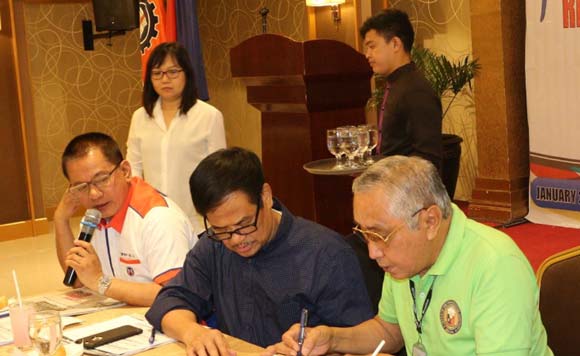 0 511
Share
Want more POLITIKO News? Get the latest newsfeed here. We publish dozens and dozens of politics-only news stories every hour. Click here to get to know more about your politiko - from trivial to crucial. it's our commitment to tell their stories. We follow your favorite POLITIKO like they are rockstars. If you are the politiko, always remember, your side is always our story. Read more. Find out more. Get the latest news here before it spreads on social media. Follow and bookmark this link. https://goo.gl/SvY8Kr

The Department of Public Works and Highways and the the Office of the Presidential Assistant for Bicol Affairs have signed a memorandum of understanding to allow the latter to review infrastructure projects in Region V.

Under the agreement, OPABA will be now allowed to attend DPWH bidding process and may recommend the termination of contract and blacklisting of contractors who violate provisions of their signed contracts.

“This MOU is our way of saying that DPWH is transparent on its day to day operations in project implementation,” Secretary Villar was quoted as saying.

“We are grateful to OPABA for its initiative to be in partner with us in achieving the goals and objectives of this present administration to give effective and efficient infrastructure facilities to the public,” added the Secretary.