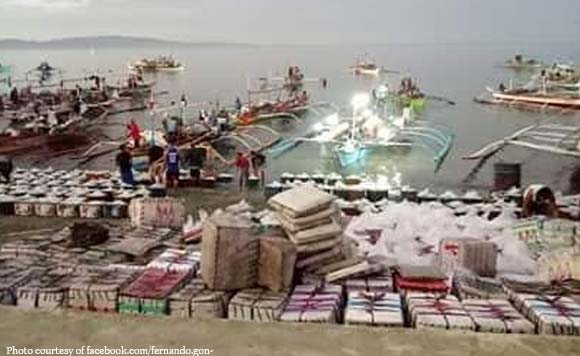 Albay Rep. Fernando Gonzalez has never been so happy so see so many fish in the sea.

In a Facebook post, Gonzalez said all the years of fighting illegal fishing in the Burias pass has borne fruit.

This is because fishermen are now catching a lot of fish that had been depleted on past years. Many are now flocking to the area and attracting a lot of buyers, he said.

When we take care of nature, nature gives back to us!

“Return of the bounty. After long years fighting and stopping illegal fishing in the Burias Pass, the bounties of the sea is back.

The significant catch of fish by fishermen of “lawlaw” in hundred upon hundreds of “banñeras has attracted hundreds of fishermen to Barangay Catburaun in Ligao City together with buyers.

Enforcement of Fishery Laws resulted in the return of the bounties from the sea.