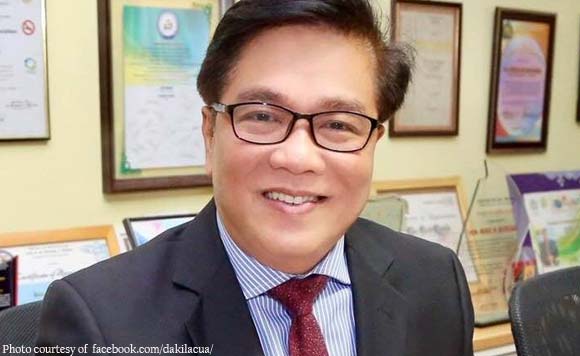 The family of slain Ako Bicol Rep. Rodel Batocabe has expressed gratitude to Quirino Rep. Dakila Cua for his gesture to honor the late solon.

Cua is the chairman of the House committee on ecology.

Gertie Batocabe, wife of the slain solon, said that Rep. Rodel’s legacy echoes even after his death.

“Ba, Rodel M. Batocabe , you left us with a good name and your work echoes on even after you are gone,” Gertie said.

“A brutal man might have killed you physically but your spirit lives on in each of us whose lives you touched. We will continue your legacy and hope to make you proud as we have always been of you,” she said.

“Thank you Cong Dax Cua for this touching tribute.”

“Thank you Cong. Dakila Cua for keeping my father’s legacy of good works alive,” he said.

Cua said during a technical working group hearing that Rep. Rodel “set a good example and it is only fitting that we honor his legacy by continuing the advocacies he championed.”

“It is unfortunate that Rodel will no longer be able to share with us his passion and knowledge as we tackle one of his priority measures. Despite some opposition to his proposed measure, Rodel stood firm and did the right thing by advocating for the protection of our environment,” Cua said

Batocabe was ambushed last December 22 in Daraga while attending a gift-giving ceremony. He was running for Daraga mayor.

Incumbent Daraga Mayor Carlwyn Baldo was tagged as the mastermind behind Batocabe’s killing.